Join us in the Group Get-Togethers! 🥳


Not Affliate with Apple, Inc or Worldwide Developer Conference (WWDC).
Organized with ❤️  by Michie for the Apple Dev Community.

One of the cornerstones of the WWDC experience is getting to meet other people who love to do the same things as you. So come on over and loosen up with us for a fantastic kickoff to our group sessions. 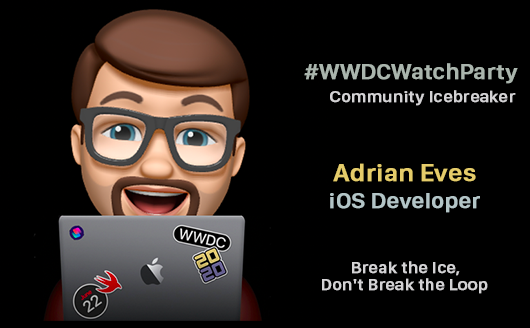 Adrian Eves is a self-taught iOS Developer from Mobile, AL. When he's not buried in his Swift code, you can find him reading, writing, playing music, or watching some movie, most likely a Marvel title. 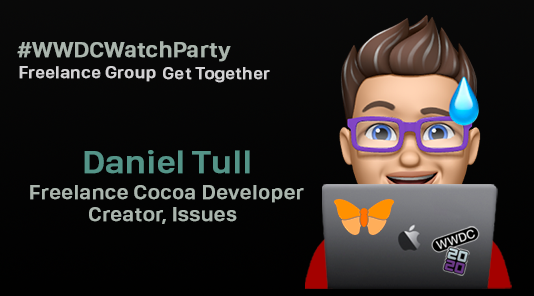 Daniel Tull has been a Mac and iOS developer since he used Java with Cocoa and made an iTunes remote control using AppleScript, PHP and JavaScript. 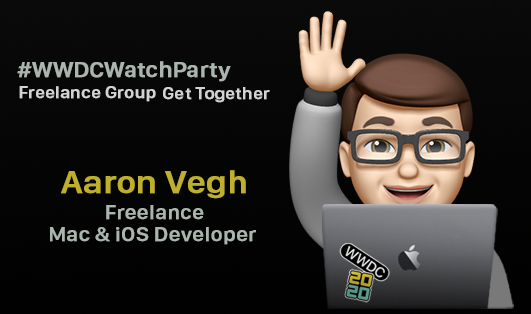 Aaron Vegh has been a freelancer for 15 years. First as a web developer, and now for Apple platforms. He has done work for Disney, DC Comics, and many others. He also produce his own apps, including Hard G (https://innoveghtive.com/hardg/), and Argus Menu (https://argus-app.net). 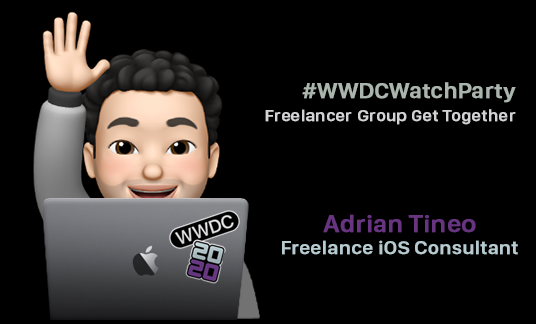 Adrian Tineo crafts native iOS solutions tailored to each client’s unique set of challenges, with focus on clean code, quality, and clear communication. He is a Ph.D. in Computer Science and his background includes scientific computing research and test automation. He is the organizer of the MalagaMobile community meetup. 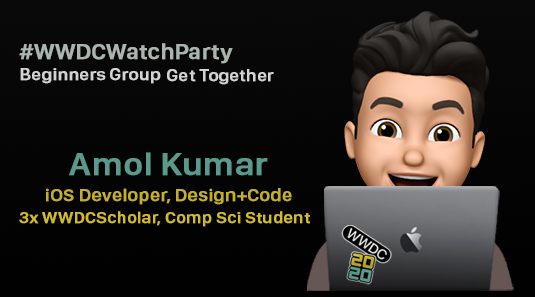 Amol Kumar is a 3x Apple WWDC Scholar (2017, 2018 and 2020). Currently based in Montreal, Canada. He is pursuing his graduate degree in Computer Science and working as a Web and iOS Developer at Design+Code. 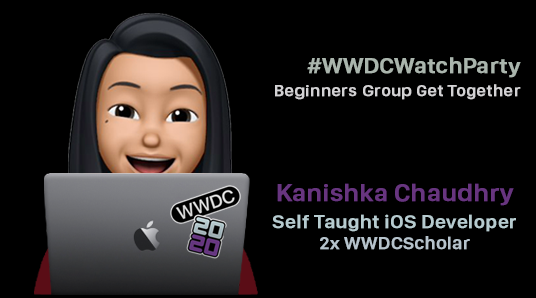 Kanishka Chaudhry is 16yo self taught developer from India, 2x Apple WWDC Scholar (2019, 2020) and an intern at prajanya. 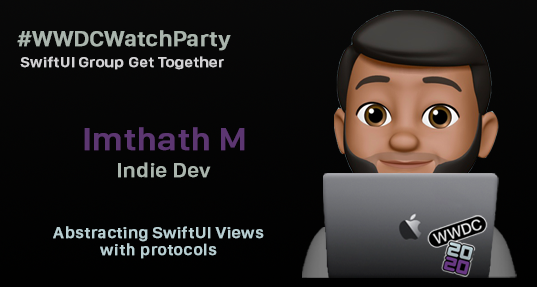 Imthath M explored quick a bit of different techs in my four year career as a Software Developer, finally settled into all things iOS and now exploring more within the platform. He will be sharing Abstracting SwiftUI views with protocols. 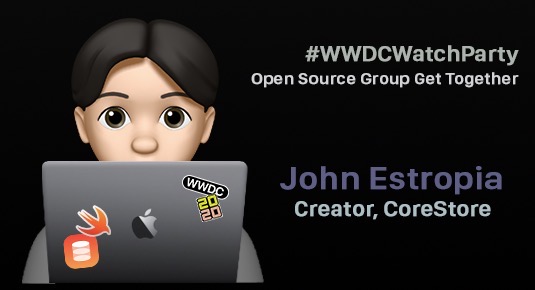 John Estropia is the Principal Engineer at Eureka, Inc (Tokyo). He is an iOS dev since iOS 4, Swift dev since Swift beta. Author of Swift library CoreStore. A father currently writing apps in Tokyo. 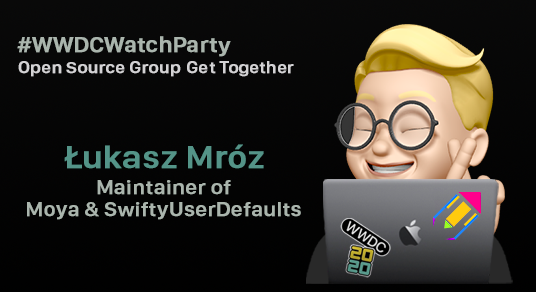 Łukasz Mróz generally like helping people out! Other than that he maintains Moya/SwiftyUserDefaults and helps other libraries whenever he can.

Khoa Pham is an iOS Developer based in Oslo, Norway. He is avid open source contributor, blogger and occasional speaker. He is the author of https://learntalks.com/ and https://wwdctogether.com/ 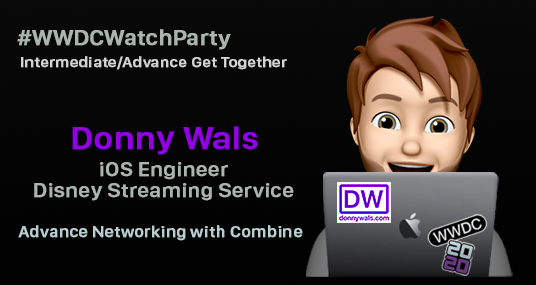 Donny Wals is an engineer with a passion for learning and sharing knowledge. Author of Practical Combine and loves to mess around with his guitar. He will be sharing about Advance Networking with Combine. 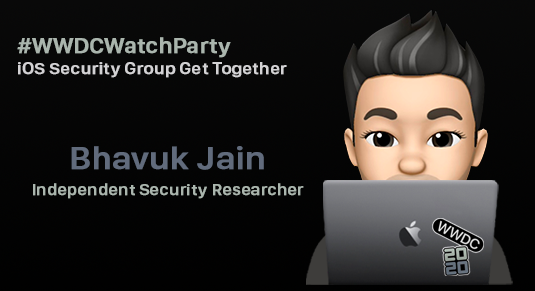 Bhavuk Jain is an independent security researcher and a full time bug bounty hunter finding security issues in mobile applications and websites. Recently, he found out a Zero-day vulnerability in the Sign in with Apple feature and was paid $100,000 by Apple under their Apple Security Bounty Program. 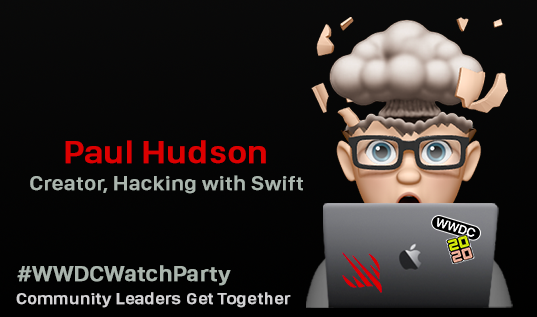 Paul Hudson is the author of Hacking with Swift, Pro Swift, Swift Design Patterns, Testing Swift, Server-Side Swift, Swift Coding Challenges, and more. Suffice it to say, he quite likes Swift. And coffee. (But mostly Swift.) (And coffee.) 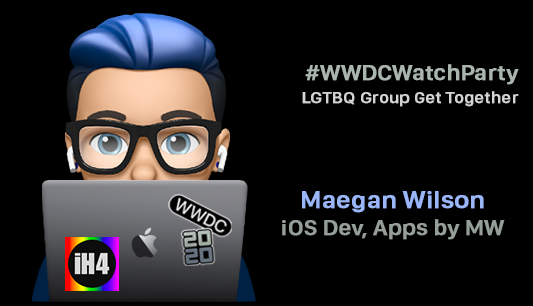 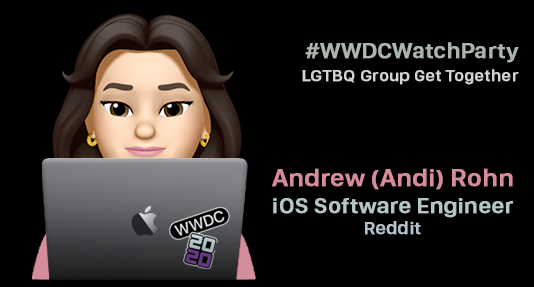 Andrew (Andi) Rohn is an iOS Engineer at Reddit. She's co-hosted the Inside iOS Dev podcast. In her free time, Andi enjoys exercising and studying philosophy. 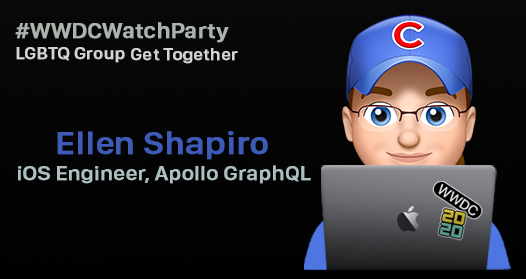 Ellen Shapiro is a native mobile developer, currently working on the Apollo GraphQL iOS SDK. Ellen has been writing and tech editing for RayWenderlich.com since 2013, working on many tutorials and books about iOS and Android, and has been speaking internationally about iOS and Android development for the last several years. When not coding or writing or speaking about code, Ellen enjoys travel (well, normally...), cycling, playing sous-chef to her wife Lilia, and relentlessly Instagramming their cats. 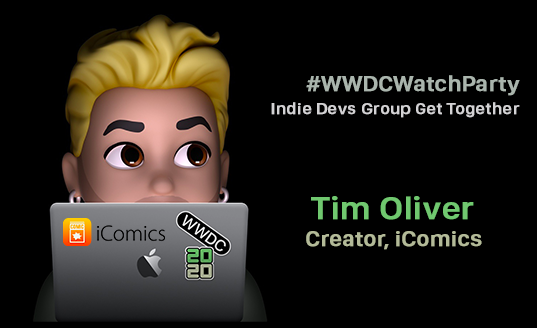 Tim Oliver has been a fanboy of iOS since the iPhone 3G and a full-time iOS engineer since the iPhone 5. Recently, he’s worked as an iOS tech lead at Mercari in Tokyo, and before that, at Realm in San Francisco. In his free time, he enjoys contributing to the open source iOS community, attempting karaoke and playing video games. 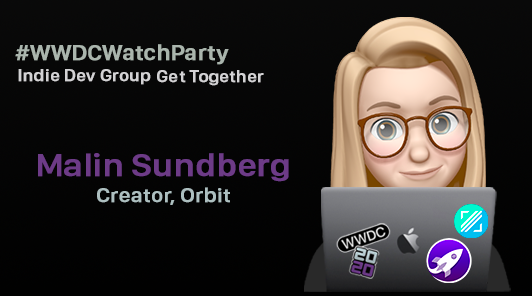 Malin Sundberg is a software developer with a dash of designer and a passion for Apple’s platforms and the mobile community. Malin is currently working on Orbit, a SwiftUI Mac app. In her free time, she chats about tech and games on podcasts and organizes meetups in Vancouver, Canada. 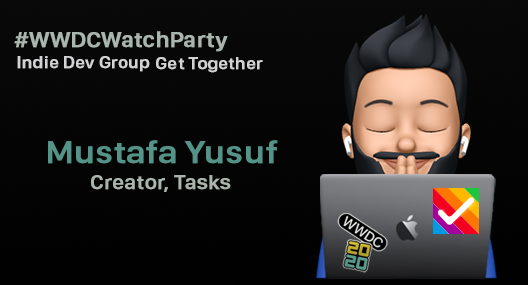 Mustafa Yusuf is a developer who started his iOS development journey the day Swift was released. In his free time, you will find him working on his indie app, Tasks!


Do you want to share your experience at the Group Get-Togethers? Send me a message at michie@wwdcwatch.party.